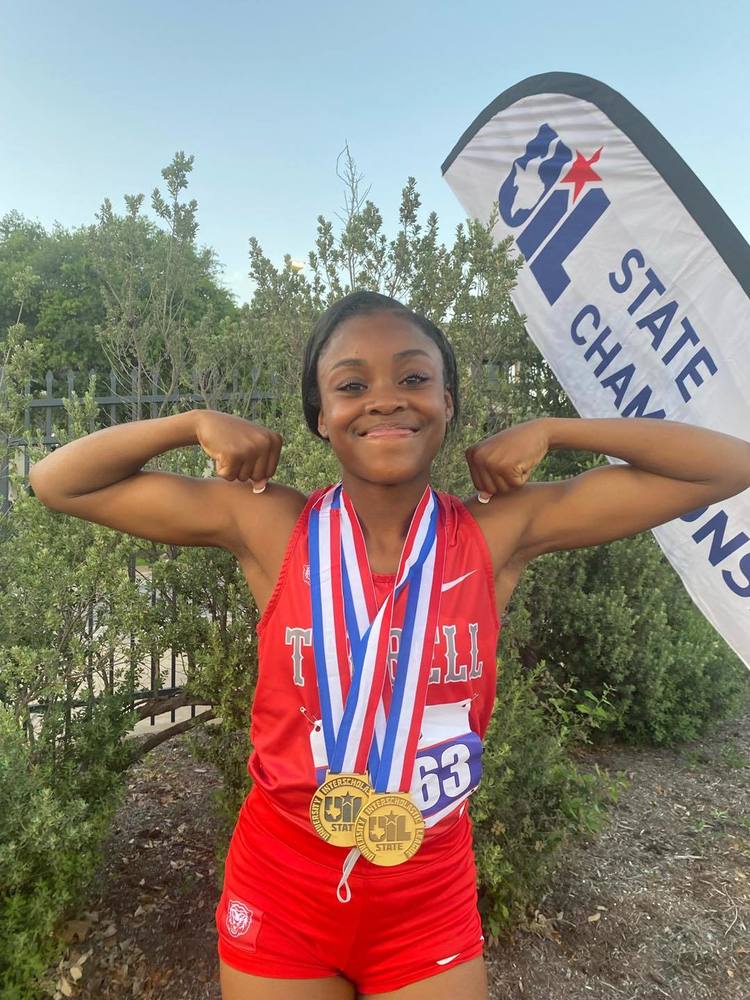 Terrell High School's Ja'Naria Jackson says this won't be the last time you see her on the big stage.

Jackson, a 16-year-old sophomore at Terrell High School, did what most only imagine. And then she did it again.

Last week, Jackson competed in the 2022 Texas Track & Field State Championship meet in Austin, Texas. On Thursday night, May 12, 2022, Jackson hit the block in Lane 4 and beat out her competition from all over the state with a 100m time of 11.74.

While her supporters were still celebrating that win, Jackson hit the block again in Lane 4 and clocked 23.69 in the 200m.

In about two hours, Jackson claimed two State Championships at the meet. Its the hours put in before the meet, though, that made the difference, according to Jackson.

"This is actually my first time going and winning both of my races," Jackson tells inForney.com. "It actually is a blessing, I’m proud but I will most definitely be coming harder next year."

Her inspiration for competing at such a high level is self improvement — improving her time, form, and coming out of the block — and, of course, winning medals at state, she says.

Jackson's training regiment includes a lot of running, she says, as well as block work, sled pulling, working out, and no breaks in the summer as she'll be seeing a summer track trainer.

With all this training, Jackson says she's going to continue working harder and hope to not only bring home state championships to Terrell but start setting records in the process.

"This has been a wonderful year and hopefully a better year next year," says Jackson.