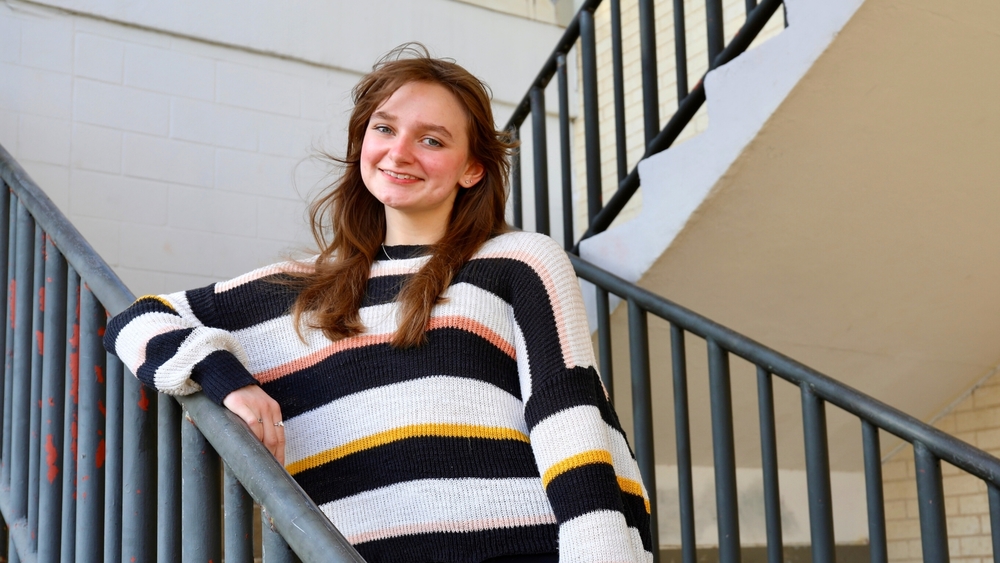 It’s Not up for Debate

If you find yourself in a conversation with Terrell High School senior, Molly Knapp, you will find yourself seated across from an intelligent and confident young woman.  While Molly has always excelled academically, being a member of the high school debate team for the past two and a half years has helped her confidence level to soar.

“I am not a confrontational person, by nature,” she said. “So I never imagined myself joining the debate team. I was a theater person.”  But high school debate teacher, Mr. Lonnie Guthrie believed that Molly’s theater skills would transfer nicely into the world of debate with the right training. “Watching her grow from this timid young girl into this confident and powerful debater has been one of the best parts of my three years here at Terrell High School,” Guthrie said.

And Mr. Guthrie was right. Just a few weeks after signing up for the debate team, Molly and her partner, Shelby, placed first at only their second tournament where the topic was water policies.  She and Shelby went on to place third in district and were selected as alternates for the state debate competition.

Molly has also learned that debate tends to be a male-dominated field. She hopes that by being a member of the Terrell High School debate team, it will encourage more young women to join. “Debate is very empowering,” she said.  “You learn about so many different topics that you would not have otherwise - like this year the topic is NATO.  As you study the various topics, you gain both knowledge and credibility. We need more girls in debate.”

When describing her school’s debate team, Molly shared that the club has a family dynamic.  One that is supportive and comforting and that has a community feel.”  “Plus, you are able to network with other students outside of Terrell when you attend competitions,” she said.

Recently, Molly attended the state congressional debate competition in Austin where she endured six grueling hours of congressional debate on topics ranging from gun violence and border security to defending Taiwan.  Molly advanced all the way to the semi-finals and represented Terrell High School with the utmost professionalism.

After high school, Molly plans to attend the University of Texas at Austin and major in government and public affairs. She has aspirations to either run for public office or become a human rights attorney. With the skills she has learned as a member of the debate team, one can confidently say that Molly Knapp will make Terrell ISD proud.  And, that is one topic that is simply not up for debate.